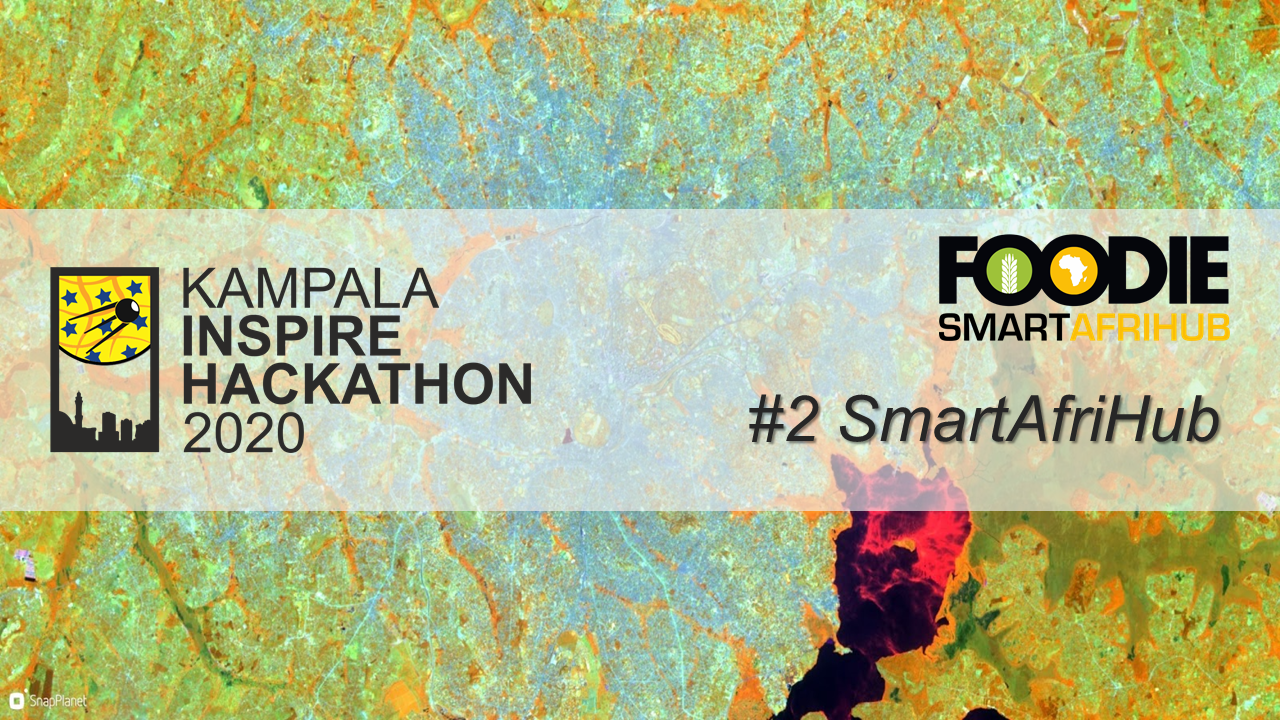 Plan4All association together with 18 cooperating international institutions organized INSPIRE Hackathon in Kampala, along with ten different challenges to answer problems regarding agriculture in Africa.  As part of an extensive effort by European Union to create the Digital Innovation Hub (DIH) network, one of the hackathon challenges was dedicated to the evolution of SmartAfriHub that is a Digital Innovation Hub addressed on African needs. The challenge 2 aim was to build a social space, create tools for management and usage of geospatial data to enhance smart agriculture, and to increase cooperation and communication between EU and Africa.

Challenge 2 approached the problem with two different phases, firstly phase number one was to identify the problem and organize a group to tackle identified problems. After phase one, the team was decided to move into phase two, which directed the teamwork towards creation of multi-layered maps utilized in agriculture, with tools provided by other challenges participating in Inspire Hackathon.

Let’s see the results of this successful Challenge 2 – the second winning challenge of the Kampala INSPIRE Hackathon!

Challenge 2 had initially 73 people from 11 countries, mainly from Africa, sign up to the challenge, with many people having expertise and understanding in smart agriculture and already mentioned geospatial information. Most of the members were part of different institutions with extensive knowledge of agriculture. First phase purpose was to build community and facilitate participants communication under different platforms e.g. SmartAfriHub, Google Drive and WhatsApp, and to identify the pain points and problems in African agriculture.  After organizing and setting up communication channels, the group proceeded to their data collection plan. The lack of open, free data was identified as the most critical bottleneck to move forward. The group decided to limit data collection into four subject matters, economic, – farms, – weather, – and agronomic layers.  Four different teams from four African countries were set up to collect data relevant to their subject matter. Though due to covid-19 restrictions, collecting data turned out to be more difficult than anticipated, but eventually the group managed to acquire usable data sets.

After the group set out to utilize collected data to create multi-layered maps by using a mobile application that was developed by another challenge of the hackathon. Idea was to turn collected data into multiple web-based maps, out of one dataset. Even though information was readily available from multiple datasets, the group decided to randomly select one dataset due time constraints, which turned out to be wheat. Eventually multiple different maps were created, regarding things such as crop distribution and cultivation of wheat.

The group of challenge 2 developed both the technical and social environment around SmartAfriHub. The platform functionalities and assets were improved to provide more diverse services, application and tools to the end-users. Creating new content and sharing it were important actions in raising awareness of the SmartAfriHub community and above all it was an essential part of the social learning of community members.

Capacity building of group members by using “Do It Yourself” – method was deliberate strategy.  The group gathered a massive amount of agriculture data and launched the phase to create their own composite maps on Africa.

The challenge 2 brought together smart agriculture experts and practitioners around Africa and beyond. They communicated and exchanged information, they learned and cooperated.  The journey of challenge 2 and the Inspire Hackathon Kampala were the first chapter in this story.  The cooperation will continue in future.