With an increasing trend towards data-based decision making both on governmental and operational levels, the ability to effectively communicate through maps is increasingly important.

Those applications that come out of two camps:

A map whiteboard is not a patented term and doesn’t instinctively mean anything beyond a set of associations that may vary from person to person.

During the hackathon we have improved on the MapWhiteboard solution which has its roots in the idea developed in 2016, but later in 2020 which was rewritten using a completely new technology stack. Recently it has been integrated into administrative interface – called map whiteboard-admin. The MapWhiteboard (MWB) technologies are separated into 3 pieces –

The code repositories are available at https://gitlab.com/plan4all per request on collaboration.

The MapWhiteboard is used as an add-on to an application that performs automatic zoning of agricultural fields based on remote sensing data. The application takes as input a field, automatically acquires satellite imagery time series data, calculates indices such as the NVDI and uses the resulting 4D data to determine zones in the respective field that should be treated differently with respect to fertilization, irrigation and pesticide application. 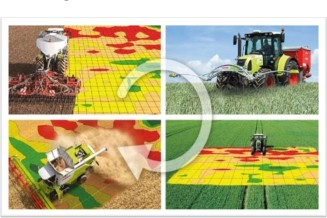 The MapWhiteboard component adds value to this scenario in two ways:

System for visualizing sensor readings and dynamically generating interpolated maps can be integrated into mapWhiteboard in nearest future. Currently the technology for that is developed for HsLayers based apps, but hasn’t been packaged for integration into MWB (see image). 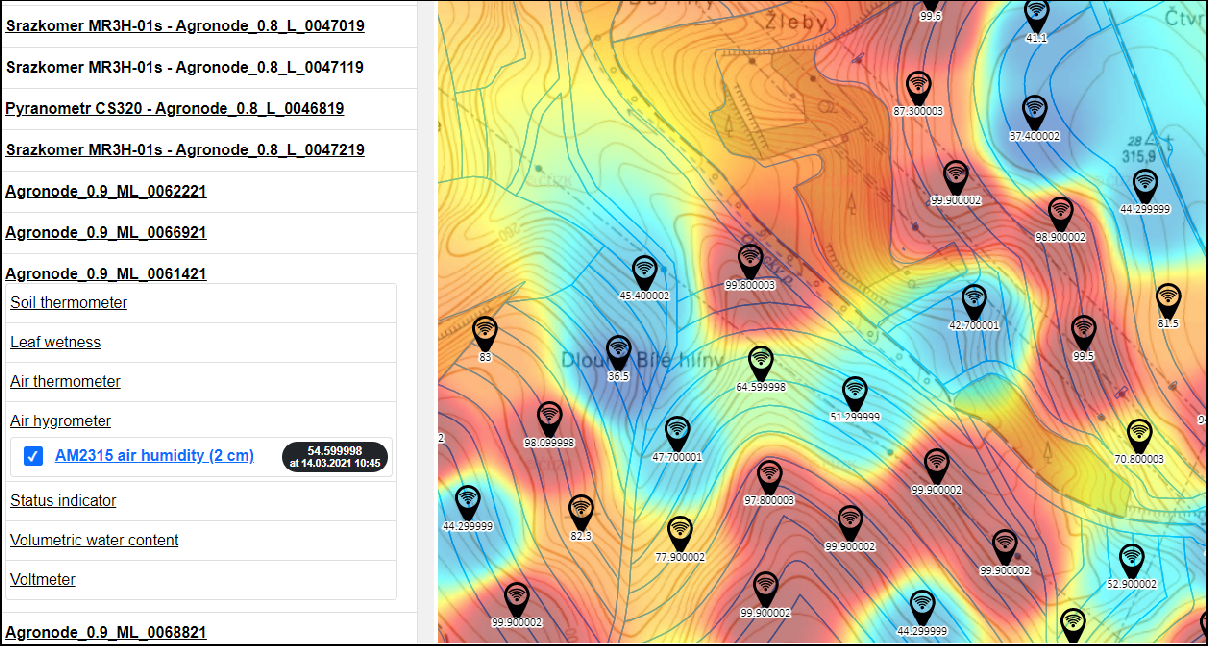 The traditional planning process requires these stakeholders to work together either separately or, traditionally, in meetings. Much of the interaction concerns maps where people with varying experience in interpreting maps

and spatial data work together in meeting rooms on big screens or hunched above printed maps laid out on a table.

The MapWhiteboard augments the meeting experience, allows people to see exactly what is referred to and can add contextual information to better understand exact locations. A person inexperienced in GIS concepts can see the map as if it was Google Maps, can switch to satellite/aerial imagery background and make simple annotations. A more technical user may add WMS services and other contextual information as well as style vector layers where style is serialized into SLD format and distributed to all participants. All can see each other’s pointers.

Inspired by tools like menti.com which provides polling functions to ensure participative conferences and miro.com which offers a comprehensive digital whiteboard functionality, the MapWhiteboard is in this case used to bring up a map of anywhere on the globe and allow users to cooperate on the surface by drawing and annotating.

After the meeting is ended, the annotations must be saveable, archived for future reference or for export into GIS tools or other visualization solutions.

Enhancements to Map Whiteboard based technology were identified. Some were completed.

Social auth and other authentication methods

During the hackathon additional authentication methods were integrated into MWB – namely Facebook and Google. The SDK for google authentication ius currently in flux thus might need to be disabled for the time being.

MWB server now supports two distinct methods to manage session data – the conventional (old) mechanism where SessionID is passed with each request either through cookie or as a GET parameter and session data is then read from database. The other method is JWT (Json web tokens) storing the encrypted session data on client side thus enabling much better scalability at the cost of slightly increased overhead since the the whole session contents need to be passed with each request. Its up to the user/programmer consumer to choose.

For simple automation tasks or system integration when the overhead of storing session data would be too large we provide also basic auth option where credentials are sent per each request to the server.

The thematic strands might diverge into many directions and leading to feature creep in the future. To remedy this we have explored an approach of combining features by topic and enabling them on demand. Users of many other platforms are familiar with this concept and may call it “apps” or “widgets” (See image how to enable them).

This is provided into the admin interface and is out of scope of the minimalistic MapWhiteboard library. The technology called micro-frontends enabling it has been developed only recently for Angular 11 and newer based systems.

on-demand features have been carried out and viability proved with 2 apps – spatial statistics visualization app and agro-climatic factor exploration tool previously developed as a standalone tool in other project.